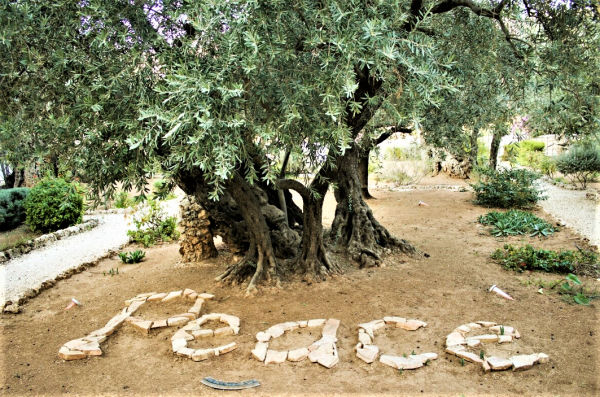 The Holy Land is a special place for Christians everywhere, not least the Catholic communities of Aotearoa New Zealand. The Holy Land is the birthplace of our faith; the birthplace of our Saviour. The names of its localities and geographical features resonate from the pages of the Bible. And, of course, it is not just a holy land for Christianity, but also for followers of Judaism and Islam, which together make up the three great Abrahamic religions.

It is a matter of great anguish for the Bishops of Aotearoa New Zealand that the Holy Land continues to be a land of turmoil, bloodshed and fear for many of those who live there, but most particularly for the ordinary Palestinian peoples of the occupied territories of the West Bank of the Jordan River and of Gaza. Many of the Palestinians are followers of Islam, but a substantial number are also Christian. For decades now, these ordinary Palestinians have been reduced to the status of refugees in their own homeland.

Also for many decades now, attempts to find a lasting peace in the Holy Land that would provide security for the Palestinians and the ordinary people of Israel have remained elusive, seemingly utterly so. While there may have, at times, been good will, there has been no lasting way forward.

The concept of the so-called “two-state solution” whereby an independent Palestine would sit alongside Israel remains just that, a concept. The region flares into violence, bloodshed and intransigent bickering at regular intervals. Israel continues to establish illegal settlements on Palestinian land in the West Bank, which it has occupied since capturing it in the 1967 Arab-Israeli War and which under international law must be given back to the Palestinians as the heartland of their own state.

In January, in his annual address to members of the Diplomatic Corps accredited to the Holy See, Pope Francis lamented that no steps forward had been taken in the previous 12 months in the peace process between Israel and Palestine. “I would truly like to see these two peoples rebuild mutual trust and resume speaking directly to each other, in order to reach the point where they can live in two states, side by side, in peace and security, without hatred and resentment, but the healing born of mutual forgiveness,” the Holy Father said.

The Catholic Bishops of Aotearoa New Zealand strongly support Pope Francis in that call. The conflict in the Holy Land cannot be allowed to continue with no serious moves towards finding a just and peaceful solution for the peoples of Israel and Palestine, but particularly for the Palestinians, whose long years of turmoil, occupation, blockading (as in Gaza) and impoverishment are a blight on the region and indeed on humanity.

Catholics in Aotearoa New Zealand are not remote from the sufferings in the Holy Land despite our physical distance. Many Catholics take a close interest in what is happening there; many are supporters of local groups which regularly call on our Government to use its good name and reputation to work for peace. Caritas Aotearoa New Zealand works actively with Caritas Jerusalem to provide support to communities in Gaza and the West Bank. The Caritas relationship allows communication about local issues facing ordinary Palestinians, thus providing support for Palestinians, collaborative work on various projects, and emergency responses to crises. At a very local level, a New Zealander, Brother Peter Bray FSC is the Vice Chancellor of Bethlehem University in the West Bank. He regularly gives New Zealand Catholics his direct insight of events in the Holy Land.

Last November, Pope Francis held what was his sixth Vatican meeting with Mahmoud Abbas, the Palestinian President. After the meeting, Pope Francis stressed that it was absolutely necessary to reactivate direct dialogue in order to achieve a two-state solution via a more vigorous effort on the part of the international community. He reiterated that Jerusalem must be recognised by all as a place of encounter and not of conflict, and that its status must preserve its identity and universal value as a Holy City for all three Abrahamic religions, through a special internationally guaranteed status.

The Catholic Bishops of Aotearoa New Zealand concur. It is both a tragedy and a disgrace that many political leaders internationally, who might be able to use their influence to end the suffering of the Palestinians and bring assured peace to Palestine and Israel, are not just sitting idle, but keep looking the other way.

What can we as Catholics do? We hear about the lands of Israel and Palestine all the time in our liturgies and scriptures. We should do more to express our support not just for peace, but for a continued Christian presence in Jerusalem, a city sacred to Christians, Muslims and Jews alike. For centuries, the region was part of the Ottoman Empire, then became the “British Palestine Mandate” after World War I. The 1947 United Nations plan to divide it into the new states of Israel and Palestine recommended Jerusalem be covered by an international governance structure (Corpus separatum or Separate Body), recognising its importance to the three Abrahamic religions. It is such a status that Pope Francis spoke of in November. It is a proposal of merit we can support.

“Jerusalem is a Jewish city, a Christian city, a Muslim city,” wrote a delegation of British and Continental European Catholic bishops after a visit there in May. “It must remain a common patrimony and never become the exclusive monopoly of any one religion... The Christian community is essential to Jerusalem’s identity, both now and for the future. Yet its continued presence is threatened by occupation and injustice.” This is something we as Catholics in Aotearoa New Zealand can raise our voices over.

What can we as a nation do? We actually have an influence on world affairs beyond our location and size. For example, after the 2019 terror attacks on the Christchurch mosques, our Prime Minister won international support for her “Christchurch Call,” in which many world leaders and technology companies pledged in writing to "eliminate terrorist and violent extremist content online."

Our Government should consider using its good international standing to call for and gain support for a meeting or other forum of world leaders to find ways to bring a lasting just peace to Israel and Palestine. No government is taking such an initiative. There is no reason we can’t campaign as a neutral but caring party to get an initiative moving.

We can also offer peacekeepers for a just solution. Our military personnel have built peacekeeping skills in many countries and conflicts, near to us and far away. For 40 years, New Zealand has contributed personnel to the Multinational Force and Observers (MFO), the international peacekeeping force on the Sinai Peninsula which oversees the terms of the 1979 peace treaty between Egypt and Israel.

It was 20 years ago that the Catholic Bishops of Aotearoa New Zealand wrote in a formal statement on the Israel-Palestine conflict that “no amount of repression, occupation, or military force can dim the desire of a people to live with dignity and freedom in their homeland. We affirm the right of the Palestinian people to find dignity and freedom through the establishment of an independent state, which surely can be denied them no longer. Their freedom will also be freedom for Israel – freedom from fear, and the opportunity to move on from a conflict which has haunted the state of Israel since its birth. Justice will bless both peoples with peace.”

It is a matter of terrible sorrow that little has happened to move on from that conflict in the 20 years since we wrote that, and that our words as written then need to be stated again today.

Footnote:  A copy of the statement is available here in Word format, and here in PDF format.

Photo: The Garden of Gethsemane outside Jerusalem, taken by Julianne Hickey of Caritas on a visit in 2019.

Back to Bishops' Statements