Catholic Archbishop of Wellington Cardinal John Dew will bless construction workers and the city’s Metropolitan Cathedral of the Sacred Heart in a ceremony at 10am on Friday to mark the start of restoring and strengthening the Category I historic building.

The classical-style cathedral in Hill St, Thorndon – designed by Dunedin architect Francis Petre and completed in 1901 – has been closed since 2018 because of earthquake risks.

Cardinal Dew says the $16.5 million project is able to start now thanks to an $8.5 million contribution last month from the Government’s “shovel-ready” Infrastructure Fund, a $120,000 Wellington City Council Built Heritage Incentive Fund grant, and $3.3 million raised so far by the Catholic community.

Wellington firm L T McGuinness is the main contractor for the work, which includes base isolators to protect the cathedral during earthquakes; seismic strengthening of the roof; interior and exterior restoration; and refurbishment of the historic Arthur Hobday organ, installed in 1905. L T McGuinness also did the strengthening and restoration of St Mary of the Angels in Boulcott St, completed in 2017.

Safety fences are already up around the site, ready for work to begin after Friday’s blessing. Cardinal Dew said the project is expected to take at least three years and employ up to 300 people.

“Once complete, the cathedral will again be available to serve the Catholic congregation, and the wider Wellington community,” said Cardinal Dew. “Due to its globally acclaimed acoustics, it is a much sought-after musical venue and its historical and architectural merits make it a popular tourist attraction as well as a landmark on Hill St across from Parliament.”

Cardinal Dew said everyone is invited to attend the blessing and prayers for the safety of the workers. The event will take place on the piazza in front of the cathedral, or in the cathedral chapel if rain is a problem. 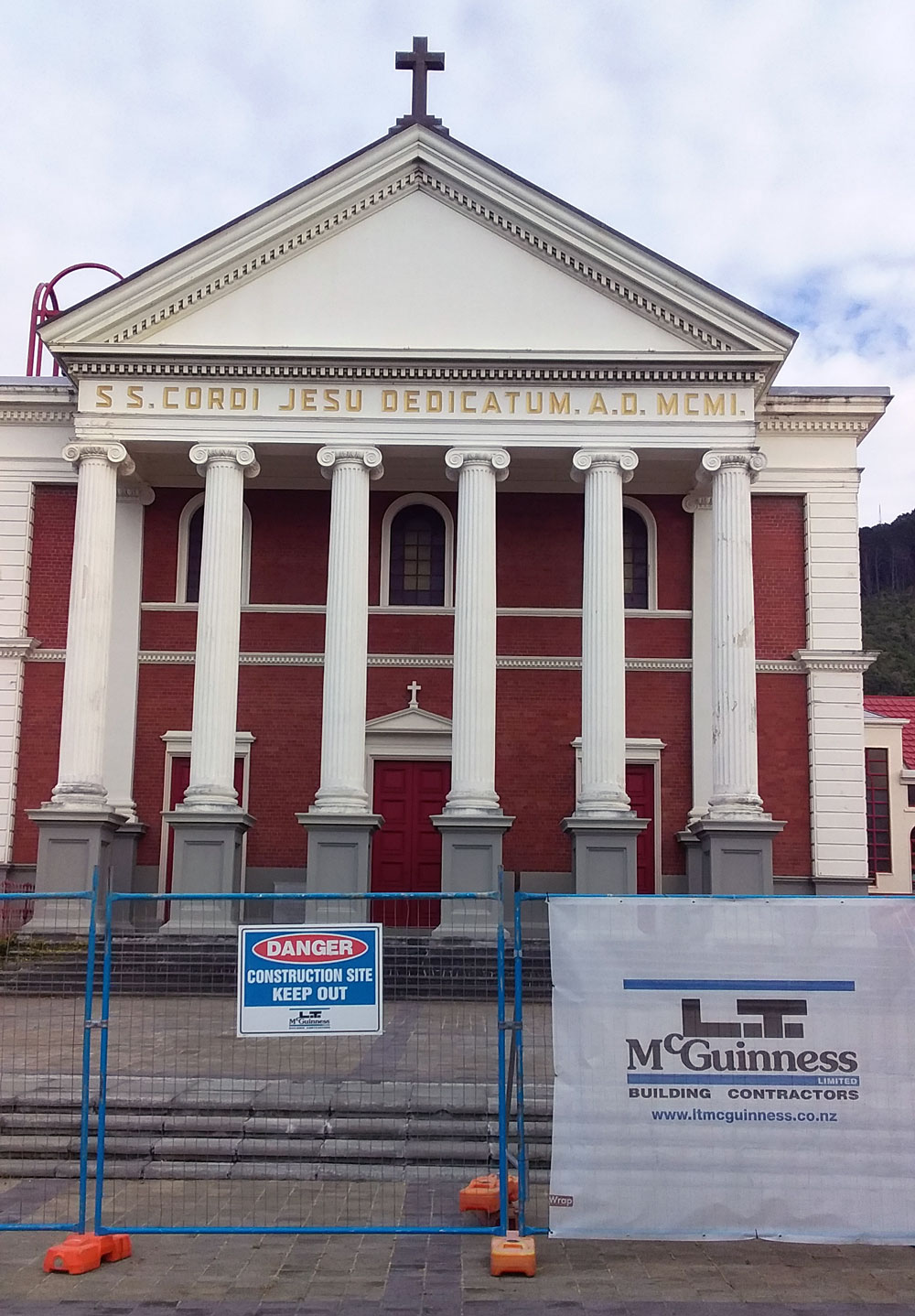