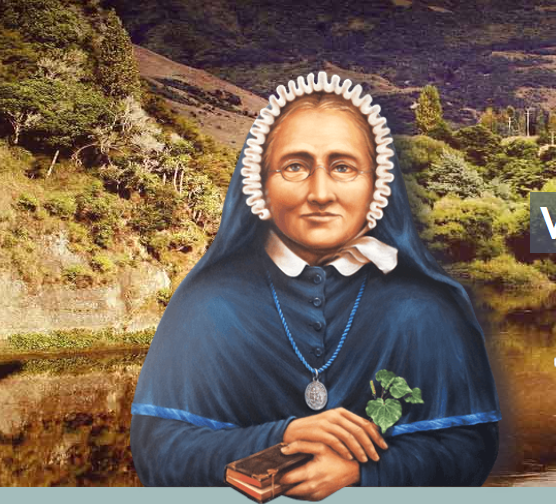 Missionary sister Suzanne Aubert is one more step on the road to possible sainthood, with a plausible miracle attributed to her being referred to Vatican doctors for scrutiny.

New Zealand Catholic bishops, in Rome for a pilgrimage and a meeting with Pope Francis this week, discussed the possible canonisation of Suzanne Aubert with the Congregation for the Causes of Saints, the Vatican agency responsible for studying sainthood nominations.

Bishop of Hamilton Stephen Lowe said the discussions – with Cardinal Giovanni Angelo Becciu, Prefect of the Congregation – were very positive.

“Two medical experts will examine the extensive reports of the possible miracle attributed to Suzanne Aubert,” said Bishop Lowe, who is also Secretary of the NZ Catholic Bishops Conference and one of the five New Zealand bishops in Rome for an Ad Limina Apostolorum visit.

“If one of the two doctors’ findings is positive, it will then be referred to a medical board. If their report is positive, a theological commission will then examine the doctors’ reports.”

After that, if then approved by the Congregation for the Causes of Saints, the outcome will go to Pope Francis for his approval, and New Zealand will have its first “Blessed.” Proof of a second miracle will be required for Suzanne Aubert to reach the next step, being canonised as a saint.

Born in France in 1835, Suzanne Aubert came to New Zealand as a missionary in 1860 and went on to found the Daughters of Our Lady of Compassion. She was a friend of the Māori, a scholar, health innovator, social welfare pioneer and an advocate for children, the poor and sick “of all creeds and none.” She died in 1926 aged 91, already regarded as a saint by many who knew her.

The New Zealand bishops approved the start of her sainthood process in 1997. A Diocesan inquiry was held in 2004, after which Suzanne Aubert was given the title “Servant of God”. Following the formal acceptance of her nomination, Pope Francis declared her “Venerable” in 2016, the key step before being declared “Blessed.”


Bishop Lowe said Cardinal Becciu was very familiar with Suzanne Aubert and her Sisters of Compassion in Island Bay, Wellington. The cardinal was once the secretary of the Apostolic Nunciature (the Vatican embassy) in New Zealand.

“The process ahead could still take quite some time,” said Bishop Lowe. “However, we were assured that the Congregation of Saints are taking particular interest in this case. Cardinal Becciu is very interested in returning to New Zealand and hopes that this will happen during his time as Prefect.

“As the New Zealand bishops, we were very well received at the Congregation and came away feeling very hopeful. In the meantime, we continue to pray for the ‘Cause of Our Mother Suzanne’. Please join us in prayer for this Cause.”