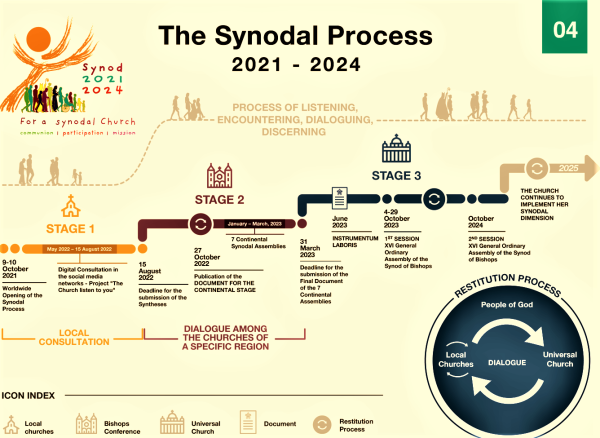 The next stage of Pope Francis’ Synod on Synodality has begun with the Vatican overnight publishing the working document that brings together the many Synod syntheses from around the Catholic world including Aotearoa New Zealand’s.

Titled Enlarge the space of your tent, this Working Document for the Continental Stage will now be reflected on locally by Catholic groups from around the country before being considered by the bishops’ conferences of the Oceania region at a joint meeting in Fiji in February.

Similar processes will take place in all other countries and regions.

The working document has been compiled from Synod submissions from around the world from bishops’ conferences, the Eastern Catholic Churches, religious orders, Vatican dicasteries, and other Catholic organisations.

The local New Zealand process ended with the National Synod Hui held in Wellington on 2 July, which produced the synthesis sent to Rome for reflecting in the Working Document.

Each “continental” region will now reflect on this new document. The continental stage for Oceania involves the countries and territories covered by the bishops’ conferences of New Zealand, Australia, Papua New Guinea and Solomon Islands and the Episcopal Conference of the Pacific.

Cardinal John Dew, President of the NZ Catholic Bishops Conference-Te Huinga o ngā Pīhopa Katorika o Aotearoa, says this stage in the Synod process is a deeper contemplation of the issues raised in the various national local phases and summarised into the Working Document.

“About 50 expert participants from all over the world met in Frascati in Italy last month to listen, dialogue and discern from the many syntheses,” says Cardinal Dew. “Using the method of ‘spiritual conversation’ during their 12 twelve days of work, the experts wrote the Working Document.

“National and diocesan groups will now be invited to take part in this reflection and discernment of the Working Document.”

The work of reflecting on Enlarge the space of your tent needs to take place between now and 5 December, so that the New Zealand response can be ready by 22 December.

Pope Francis launched the Synod process in 2021 to hear what ordinary Catholics from around the world think should be the future direction of the Church. After the Continental phase, a two-part 16th Ordinary General Assembly of the Synod of Bishops in the Catholic Church will be held in Rome; the first part in October next year, the second in October 2024.

• Attached, Enlarge the space of your tent, the Working Document for the Continental Stage. 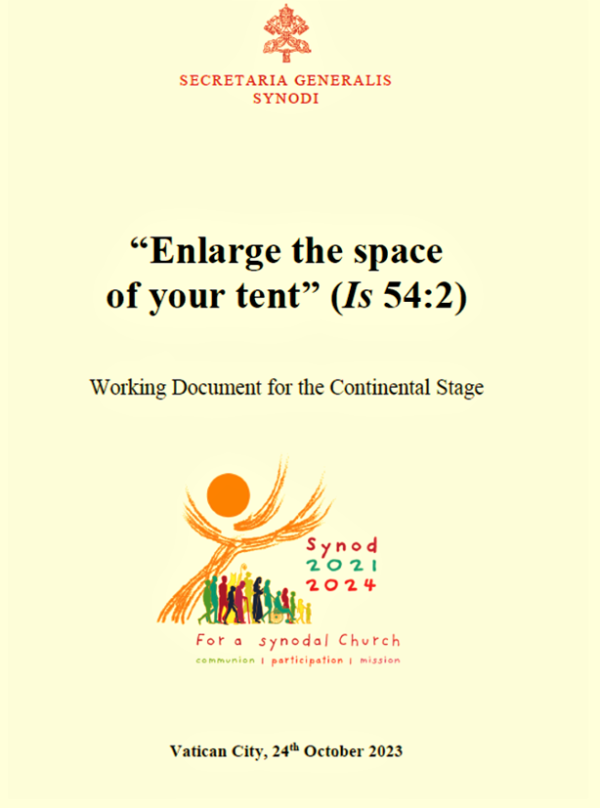